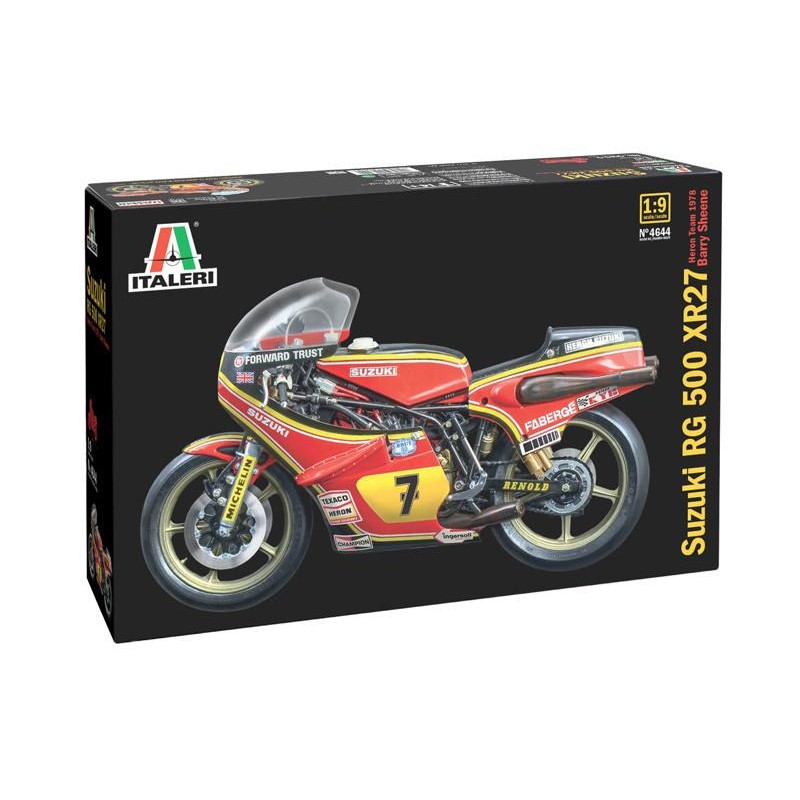 The Suzuki RG 500 is considered to be an icon of two-wheel racing motorcycles of the 1970s. It was specifically developed by the Japanese manufacturer Suzuki for the racing world, and built around the reliable and powerful 4-cylinder 500cc 2-stroke engine which provided up to 90 HP. With this bike Suzuki participated in the world championships in the 500 class, achieving an incredible series of consecutive victories that led to it retaining the "constructors" title for several years. One of the architects of this successful period was the British rider Barry Sheene, who also won the "pilots" title for two consecutive years, in 1976 and 1977. In addition to international competitions, the Suzuki RG 500 was particularly appreciated by private riders who raced it in both international competitions and in minor leagues.